A wealthy Developer tries to remove settlers from his newly acquired land, which leads to dire consequences.

I don’t usually watch “horror”, but having read previews – it indicated that this had much more substance. I’m so glad I did, it most certainly captured my attention throughout.

The theme based on the protection of the environment, local folklore and the conflict between “lay people” and an obnoxious, inconsiderate property developer may have been used before, but not like this. Atmospheric elements are cleverly introduced to tantalize and maintain your interest throughout.

I found the mythology and ritualism enthralling, I found myself easily relating to them, wondering how they will affect the final outcome.

It has been excellently directed by Wyndham Price, it has an appropriate pace, some great ideas, a superb atmospheric feel and it easily “pulls you in”.

Actors: The cast have been wonderfully chosen, I found their performances captivating, everyone’s contribution enhancing what can only be described as a couple of hours pleasure.

I recommend you watch this, I honestly believe that this could gain cult status. 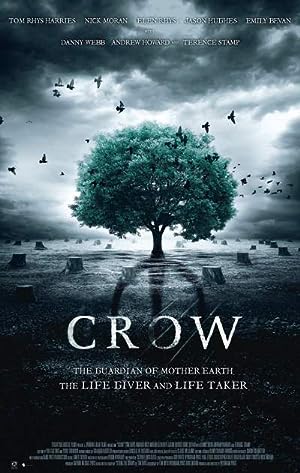 Be the first to review “Crow 2016” Cancel reply