The coming of age story of a boy that after a traumatic event is taken to beautiful Cuernavaca, where he has to find his father while trying to adapt to life with his grandmother, who has problems of her own.

Traumatised, angry and confused, Andy is left without an adult to take care of him. He’s bundled into a car and driven far from the familiar surroundings of Mexico City, taken to a remote house in Cuernavaca. It’s his dad’s place but his dad isn’t there. He travels a lot, explains his grandmother (played by the redoubtable Carmen Maura). Something about the way she says it makes Andy suspicious from the start, but he does his best to cope, befriending his aunt Dhaly (Dulce Dominguez), who has Down syndrome and a shed full of kittens, making himself useful in the garden, and letting himself be distracted by the gardener.

There’s a stage in life where one still isn’t quite ready for sexual feelings but where encountering physical beauty can be overwhelming. Charly (Diego Alvarez Garcia) is the sort of youth who might easily spend his spare time appearing in diet coke ads. All lean, toned muscle and notable absence of shirt, he makes the art of gardening look like pornography. Andy is immediately fascinated by him. But Charly has a lot of growing up of his own to do. Casually exploitative in the way that comes all too easily to good looking young men, he strings the boy along, at times showing real sympathy, at times using him as a means of getting money, drawing him into petty crime. It’s all the easier to do because no-one – except perhaps Dhaly, who has learned that it’s not much use trying to assert herself – really seems to be paying attention to his needs. 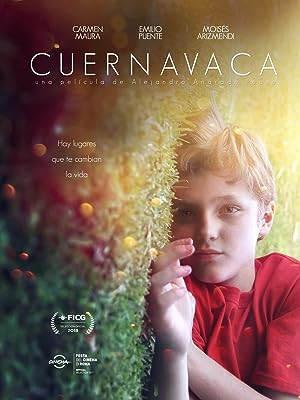 Cuernavaca (2017)
88 min|Drama|07 Sep 2018
5.6Rating: 5.6 / 10 from 79 users
The coming of age story of a boy that after a traumatic event is taken to beautiful Cuernavaca, where he has to find his father while trying to adapt to life with his grandmother, who has problems of her own.
Director: Alejandro Andrade
Creator: Alejandro Andrade
Actors: Moises Arizmendi, Mariana Gajá, Carmen Maura, Emilio Puente