Maarten has an incurable matabolic disorder. His friend, Stefan, is the only one who knows. No one at his school, his danceschool, not even his new girlfriend named Roxanne. It’s just Stefan. Maarten wants to be a normal boy and does the things every normal boy does, wich is unhealthy and exhausting for him. His parents are divorced, he lives with his mom, Sophie. His father, Frans, is nicer to him than his mom, but still he’s concerned, which irritates Maarten. This movie is about a boy who just wants to be a boy and loves dancing. He has a girlfriend, friends, but it’s impossible acting normal around them whilst being sick.

Blindness, paralysis, lung disease, thyroid cancer, drowning, fatal alcohol dose, suicide, depression, autism. Ellende who is reserved for adults? On the contrary, it’s a fool we’ve encountered in recent years in movies about young people and young adults. With the Dutch youth drama ‘Dancing on the volcano’ we can add metabolic disease there. That’s not fun either.

In “Dancing on the Volcano” we learn to know Maarten, in the eye of an ordinary school student. He is a talented dancer, he has friends and girlfriends, his school career is going to be desired. He lives alternately with his divorced father and mother, along with his sister whom he can find. No dirt in the sky, except Maarten has a deadly metabolic disease. That means he must often go to the hospital and never forget his medicine.

A story like ‘Dancing on the Volcano’ is constantly on the verge of sentiment and youthful relativity. It is obvious that the makers do not seem to find a balance in this. Assisted by the script and by acting Nils Verkooijen (Maarten), Marcel Musters (father) and Mees Groot (sister). In addition, there is some kind of humor alongside, and Haarlem appears as a movie decor a refreshing choice.

Nevertheless, this youth drama has never been successful. Some scenes take too long, the dialogs are often torn and the script flies out of the curve at the end due to an unbelievable convergence of circumstances. In addition, the script focuses too little on the effects of this particular disease. It caused the drama to originate from coincidences and incidents. We rarely see the miserable uncertainty after a test or endless visits to the hospital. However, we can see the effects of a night of pips and blows, an activity that can also be bad for non-patients. Also, the forgotten of drugs is not tied to this disease but is more something for sufferds in general. 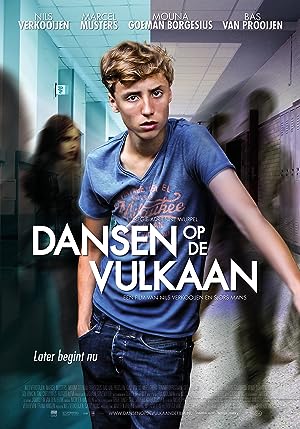