In the aftermath of tragedy, a woman and her teenage son must forge into uncharted territory in order to move on with their lives.

A familiar list of actors lure you into this drama, and they deliver as far as they can do. most of all its a drama about tragedy,loss,depression and survival. there are absolutely no comedy in this american flick,obviously never meant to be either. but it strikes you how vulnerable life is,how we live a life on a knives edge,how damned lucky we are to be able to live a common normal life,compared to the hell this little family goes through. its a good production overall, though the narrative story could have been better told,especially where,when and for how long,are never told. i feel better when you have some basic frames to hold on to. though i liked the 7 chapters of grief, and will therefore recommend this film 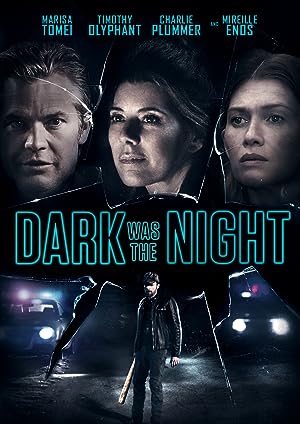 Dark Was the Night (2018)
80 min|Drama|N/A
5.7Rating: 5.7 / 10 from 247 users
In the aftermath of tragedy, a woman and her teenage son must forge into uncharted territory in order to move on with their lives.
Director: Joshua Leonard
Creator: Joshua Leonard, Joshua Leonard, Rebecca Lowman
Actors: Marisa Tomei, Charlie Plummer, Timothy Olyphant, Mireille Enos