David is a teenager like any other. His world is filled with loud music, imaginary encounters with centre-folds, and heroic fights on make-believe battlefields. With his mother away and his father nowhere to be found, David id forced to stay on his uncle’s farm, where life lacks the excitement he craves.

I’m afraid those who mis-read ‘Le Soufflé’ as a boring film about a pretentious teenager are in need of cinematic guidance. The film- shot in black and white as an aesthetic decision which marks both the uncompromising stance of its director as well as the downbeat narrative-is about a teenager, life, death, and the rituals associated with all of them.

With echoes of Franju in its brutal depiction of animal cruelty, ‘Le Soufflé’ weaves a coming-of-age story with a semi-mystical backdrop of French rural life. This is not supposed to be ‘real’- the frequent dream sequences point to a directorial awareness that he is making a comment on the very themes he is focussing on.

‘Le Soufflé’ is a complex film but well worth watching- not once but again if one is to even touch the surface of its cinematic depth. Powerful, interesting stuff- the kind of film we can’t make anymore. 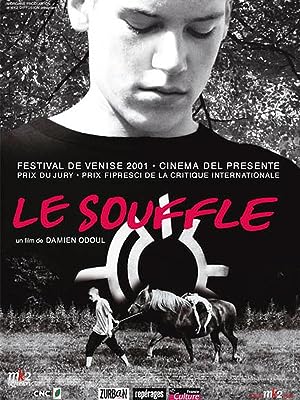 Deep Breath (2001)
77 min|Drama|07 Nov 2001
6.6Rating: 6.6 / 10 from 370 users
David is a teenager like any other. His world is filled with loud music, imaginary encounters with centre-folds, and heroic fights on make-believe battlefields. With his mother away and his…
Director: Damien Odoul
Creator: Damien Odoul
Actors: Pierre-Louis Bonnetblanc, Dominique Chevalier, Maxime Dalbrut, Jean-Claude Lecante