The main figure is the beginning of nine-year-old Esau Matt, who leads the story as a narrator. In the summer of 1919, the Esau family moved from Grausteen to Bossdom, where the parents bought a bakery shop. This was done with great financial support from his grandfather, who also lives with his wife in the house. Neither father Heinrich nor mother Lenchen, however, have commercial skill and therefore must always borrow money from the grandfather without being able to repay it.
The father has an affair with the child girl Hanka, in which Esau is also in love. But Lenchen, too, a little left-back brother, Phile, who comes back late from the war, has cast an eye on Hanka.
After the conservative village teacher Rumposch was replaced by a more progressive and committed teacher, he discovered that Esau had talent to write. He suggests that Esau will go to the High School in Spremberg in the future. (google translated)

The highly detailed film investigates the dialectics of change and archaic, according to constants in all generations and times. An ambitious attempt, which strikes above all thanks to exquisite performances, which, due to necessary shortening and simplification of the novel, sometimes remains stuck in a picturesque panopticon. 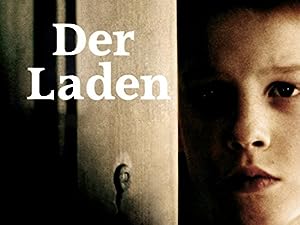