Ma’ Rosa has four children. She owns a small convenience store in a poor neighborhood of Manila where everybody likes her. To make ends meet, Rosa and her husband, Nestor, resell small amounts of narcotics on the side. One day, they get arrested. Rosa and her children are ready to do anything to buy her freedom from the corrupt police.

This movie definitely had potential to be entertaining, but director Brillante Mendoza unfortunately let the movie slip into mediocrity.

It ultimately felt like you had been sitting in front of the movie for a week by the time the movie actually ended. And that was because of the storyline and the script. It quite simply took forever to almost go through no progress in the storyline on the screen. It was quite a testing ordeal to sit through, to be brutally honest.

There were some nice performances throughout the movie, and Jaclyn Jose really carried the movie quite nicely with her performance.

However, there were just way too much fillers and pointless stuff being shown and filmed that made it seem like a very prolonged experience. I am somewhat familiar with the corruption that permeates the government and also police system in The Philippines, so the movie does paint a fairly adequate image of that. Now, I can’t claim to be familiar with the drug trade in the local barangays in The Philippines, so that aspect of the movie is not one that I can comment on.

“Ma’ Rosa” is definitely not a defining moment in Tagalog cinema. But it was interesting enough to see a movie that was not the usual romantic comedy genre that Tagalog cinema is drowning in. 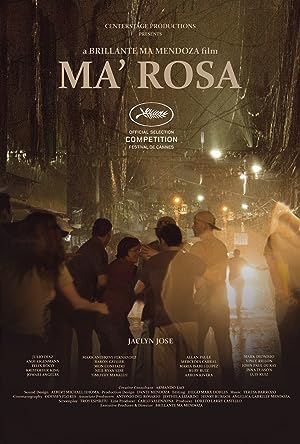