After years in hiding and struggling to control his demons, an eccentric drifter returns home and discovers that his childhood abuser, the center of his pain, is still alive. Armed with this knowledge, the drifter plots his revenge, all the while navigating the perilous land of masculine fragility in modern-day America.

Director/Writer Travis Mathews (“Interior. Leather Bar” 2013) carries with him into this messy gay themed film, his Masters in Counseling Psychology. Alex (Jonny Mars “A Ghost Story” 2017) is a young man reeling from a childhood demon that controls his life. When he learns from his estranged mom (Joy Cunningham) that his abuser (the erie Bob Swaffar “Meet Me There” 2014) is still alive, he embarks on a journey to confront the guy. Guiding him through his cross country travels is self-help bacon sizzling video guru Mandy (comedian Atsuko Okatsuka). With several stop offs at an adult bookstore, and a fascination with young Zack (Jordan Elsass “Long Road Home” 2017), the ending for all is not promising. Wearing both director and writer hats here, Mathews tries to accomplish to much and falls short across the board. Why the fascination with bacon sizzling, an unclear association with Zack, why the stop off at the same bookstore when he’s supposed to be traveling cross country, are just a few of the the films inconsistencies. Cross country cinematography (Drew Xanthopoulos) manages to capture Alex’s lonely travels and despair. However, the film score by Mark De Gli Antoni continually sets up tension that never arises. Mathews may have a following in the gay film community, but “Discreet” will do little to gather additional fans. 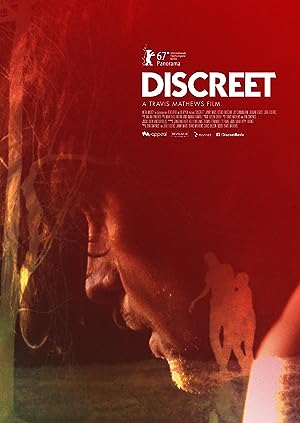 Be the first to review “Discreet 2017” Cancel reply