A group of Los Angeles teenagers meet every week at their local diner to discuss their latest misadventures in their miserable lives.

I’ve just seen this movie and I figured out that I missed a lot cause I didn’t watch it earlier. Movie is fantastic. I can’t believe this is an movie made in U.S. Actually, this movie is a pure piece of art. It is so realistic and brutal and made with kind of “fake documentary” camera that it will just blow your mind. Black and white technique gives more reality looking of this story. I don’t know why this movie is banned in U.S. and Canada but if you are looking for pure drama and excellent acting, this is movie on the list you must see. Brilliant acting of Leonardo and all of the others. I’ve never hear for name of this director but I am sure that he is such a big artist. I warm recommend Don’s Plum to everyone who is over 15 years and who makes different between “art and soap”. I like it. 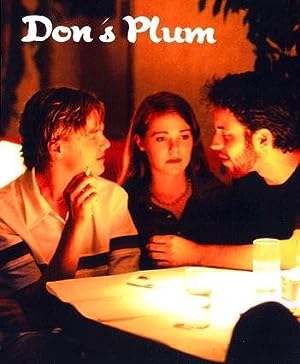