James has served time for drowning a little boy when he was a child, although the body was never found in the river. A visit from his victim’s mother upon parole sends him on a quest to find the truth. With little time and danger at every turn, James risks his freedom and his life to uncover the trail of sins that might give closure to the grieving mother.

If Stephen King wrote a novella set in Australia this would be its love child! However we are not in the state of Maine, but in a river town in Australia. Young James has served his time for allegedly drowning a boy when he was only a child and is being released; the body of the boy however was never found. James, having little memory of what occurred on the day, goes in search of answers and hence back to the river town where the incident occurred. This tense film mystery is at times quite macabre and often brutal, but through it’s wonderful lead actor Reef Ireland it also has emotional depth. This is an auspicious feature debut for director Grant Scicluna, who also wrote the screenplay; his sense in creating such a dark and intense mood throughout the film is quite an achievement. Kudos must also be given to Tom Green who plays James’ mysterious and troubled childhood friend, and of course the great Kerry Fox who plays James’ mother. I saw the film recently at a film festival in Sydney to a packed audience, where it was warmly received. It deserves a much wider audience. 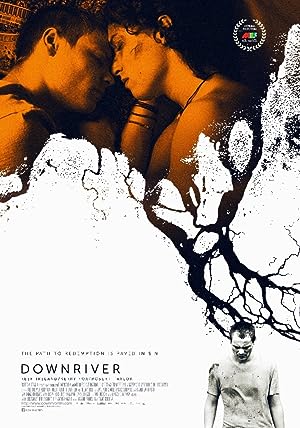 Downriver (2015)
99 min|Drama|07 Aug 2015
6.3Rating: 6.3 / 10 from 339 users
James has served time for drowning a little boy when he was a child, although the body was never found in the river. A visit from his victim's mother upon parole sends him on a quest to …
Director: Grant Scicluna
Creator: Grant Scicluna
Actors: Reef Ireland, Kerry Fox, Robert Taylor, Helen Morse

Be the first to review “Downriver 2015” Cancel reply