18-year old Christian has just graduated from high school. At his summer job he is seduced by the 36-year old single mother Sanne. Soon he is drawn into a world of sensuality and his acquaintance with Sanne turns into an intense love affair which forces Christian to deal with his newly discovered sides.

The plot is trustworthy, even and runs smoothly, turns are logical and their motives/background is visible and comprehensible. Limited space where most of the scenes take place do stress the anxiety and distress present deep inside in all of the main characters (reasons are different though). The ending is expectable, but different way could have been peculiar, viewers are allowed to ponder beyond…

Performances are also pleasant, including supporting roles, although I was wondering why a 24-years-old was picked to play a 18-years-old (Sebastian Jensen looks somewhat younger, but still, a teen could have been chosen instead). My favourite performer here is Helle Merete Sørensen as mother.

Dreng is a good coming-of-age film worth distributing at least in Europe and North America. However, its title is rather trivial and uninviting for this. 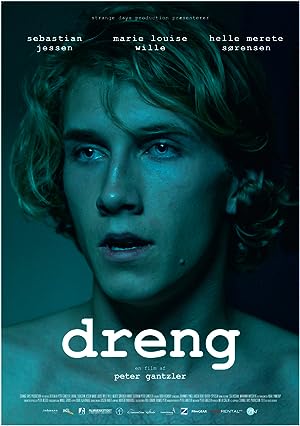 1 review for Dreng 2011 with English Subtitles