A gay vampire on a micro-budget…why bother?

In the first 20 minutes: a box is found, a job is lost, a dodgy lodger is moved in…amid countless protracted sex scenes and silly camera angles – both of which continue throughout the entire film…as gripping as a slippery pole.

Rest assured: it gets a whole lot worse.

Technically, the sound is all over the place – as is the camera-man, he’s either stuck up a wobbly ladder or ramming his lens into the actor’s face…suffice to say, enough is enough – it’s too easy to rip this apart.

So…what does a £1,000 budget get you when you have no film-making or writing talent whatsoever: a small bottle of Kensington Gore, a cheap plastic heart, some fangs, and two masks: a rabbit (don’t even ask) and a skull. Oh and three ‘actors’ – their only talent being…the ability to disrobe at the drop of a tissue. 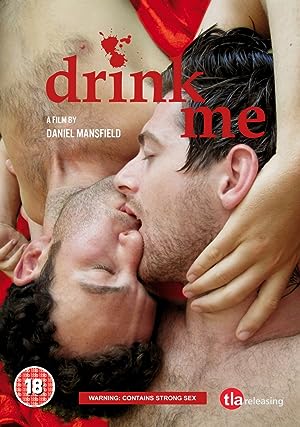 Be the first to review “Drink Me 2015” Cancel reply