Category: Non-English with Subtitles Tags: Du er ikke alene, you are not alone

A student strike at a Danish boys school is the backdrop of YOU ARE NOT ALONE. The leisurely paced tale explores the relationship between 15-year-old Bo and Kim, the younger son of the stern boarding school headmaster. Mounting school tensions over the expulsion of a troubled student threaten to sabotage the tranquility of the school.

DU ER IKKE ALENE (You Are Not Alone) is a 1978 Danish landmark film written by Lasse Nielsen and Bent Petersen and directed by Nielsen and Ernst Johansen. When the period during which this film was made, a time when gay theme movies were all but verboten, this little film is a brave, delicate, tender, unpretentious tale of the bonding, both emotional and physical, that occurs between two young boys in a boarding school in Denmark. The story develops slowly and insidiously, a fact that makes some viewers find it boring or slow. But for this viewer the pacing of the story is intricately involved in this tale of the fragile first attractions that occur in young boys: everything is new, and nothing is rushed – it just happens and evolves.

Kim (Peter Bjerg) is a young prepuberal youth living with his parents: his father (Ove Sprogøe) is headmaster of a boys’ school and his mother (Elin Reimer) is in line with the father’s hard-line standards. Though not a student in the school, Kim does associate with the young high school age boys and finds one lad in particular, Bo (Anders Agensø), a role model who shows concern for Kim and with whom Kim bonds, emotionally and eventually physically. The manner in which this occurs is never acted out but merely suggested in the most discreet and beautiful way. But we watch as this bond develops more strongly, with each of the boys nascent to the situation in which they find themselves.

The classmates are a varied group – normal kids in a normal school situation – until one of the boys Ole (Ole Meyer), who is somewhat of a trouble-maker, posts magazine pictures of nude women in his dorm room. Reprimanded by the headmaster he is put on probation and when he ultimately posts the contraband pictures in the dorm restroom, he is threatened with expulsion. His classmates band together to protect him and Ole is maintained in the school.

Other sidebar stories that pepper the screen are swimming hole escapades where the injury of one of the boys calls forth the empathy of the entire class; there is a vignette where an older woman tries to teach one of the boys the beauties of physical love; there is a shower scene that finds Bo and Kim gently observing each other; and there is a class project for graduation that is supposed to be an enactment of the 10 Commandments, one episode of which is assigned to a student filmmaker.

It is this finished class project film, shown before the faculty and the parents, that is based on the commandment ‘Love thy neighbor’ and it is a beautifully wrought scene of Bo and Kim embracing and kissing in one of the more honest and sensitive moments on film. The ‘non-story’ film ends without an audience response: it simply fades away to a tune that speaks of ‘You are not alone – there is someone like you ahead.’ No, this is not a film about nudity or raw sex. Instead this film is a brave exploration of the normal period in growth when boys search for role models and find their first sensations of love emerging. It is delicate, beautifully filmed and acted, and is one of the early forays into same sex love that works on every level. 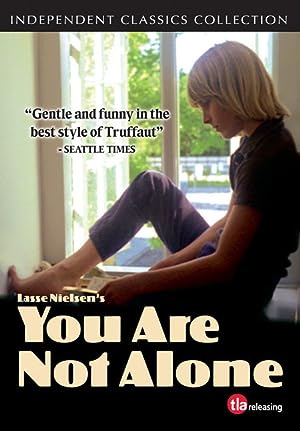