They come from all over Eastern Europe: Russia, Romania, Ukraine. They are Eastern boys. The oldest appear no more than 25; as for the youngest, there is no way of telling their age. They hang around the Gare du Nord train station in Paris. They might be prostitutes, but there is no way of knowing for certain. Muller, a discreet man in his late fifties has his eye on one of them – Marek. One afternoon, Muller gathers his courage and speaks to him. The young man agrees to come visit Muller the following day, at his place. However the next day, when the doorbell rings, Muller doesn’t have the faintest idea that he has fallen into a trap.

Around the Gare du Norde railway station groups of East European lads gather and seek opportunistic chances for an easy buck. Daniel Muller (Olivier Rabourdin ‘Of Gods and Men’) is a gay man who is attracted to one of them – he is not sure if they are for rent but approaches Marek and a date is arranged at Muller’s apartment. Only when he answers the door he is not prepared for the visitor he gets.

That is the start and what develops goes way beyond what I was expecting. We have quite a few issues being explored here from migrant integration, crime, pay for sex and affairs of the heart. I was at times feeling uncomfortable, angry, concerned and even happy. The main thing is that it is always engaging.

Great performances from all the cast but Olivier Rabourdin was totally convincing and Krill Emelyanov as Marek as the confused yet caring Ukrainian was brilliant. This is for those who enjoy an intelligent gay themed film, but a lot of the issues here are very universal and as such I can highly recommend. 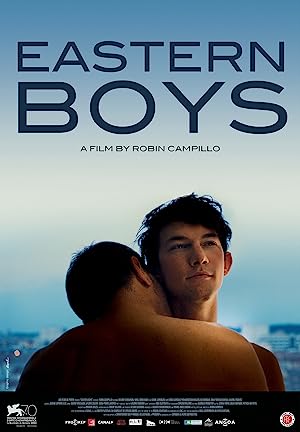