AJIT SINGH 12, blends in happily in to his new home in the middle of Australia. However, his brother RAJVEER 20, finds it unbearable to be constantly labelled a terrorist due to his beard and turban that he keeps faithfully according to his Sikh heritage. Rajveer then decides to join the army and leaves home after an argument with their dad SARJIT, 50. Fearing for his brother’s safety, Ajit goes on a quest to go after Rajveer in order to bring him home. Ajit not only has to survive the outback, he also must to locate Rajveer within ELEVEN DAYS or it will all be too late.

A touching story about a boy’s 11 day journey across western Australia to find his brother so they can offer a prayer over their father’s ashes. The film is an exploration of faith, family devotion, violence, racism and self-discovery, largely through the boy’s perspective. The film is shot well and the acting is mostly solid, but it is the boy’s endearing character that keeps us engaged. His journey is adventurous and compelling. The story challenges it’s central character while simultaneously challenging us, and is a celebration of the human spirit. 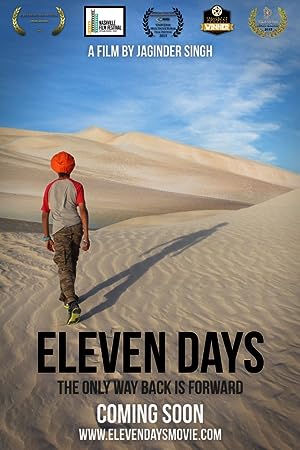 Be the first to review “Eleven Days 2018” Cancel reply