First there are two versions of this film, one which was shown in 1970 and is 76 minutes long in sepia, and another which was produced in Germany for European audiences in 1971 and was 28 minutes long in black and white. If possible it is better to see the 76 minute version, the 28 minute is a chopped up “just the highlights” version that is not very true to terayama’s original intentions. Unfortunately the 28 minute version is much more widely available outside Japan, and is what most people have seen.

Second: The film is not pornographic in the least bit. Terayama was not interested in pornography, which he saw as a tool of state oppression, but in creating a vision of erotic utopia. So it has naked children raping adults, BIG deal. The film was made in answer to Nazi Holocaust camps, the atomic bomb, the rape of Nanking, the Vietnam war etc. Terayama had lived through the firebombs that destroyed his town, leaving charred bodies of women and children littered about him when he was but 9 years old. A few naked children, especially in 1970, is no big deal, so grow up. If you can’t handle it, then I guess yes, keep your eyes closed to the worlds horror and don’t watch the film.

Third: It is not a feel good film, and is primarily about revolution and failed utopian dreams. It is a rejection of any meta-narrative progression, by which I mean there is no promise implied or given. No promise of good, or god or justice, as terayama sought to express a “vanished thought” Not that the film couldn’t be better, but it got my back up to see the other review where they dismiss it so easily and without thought. 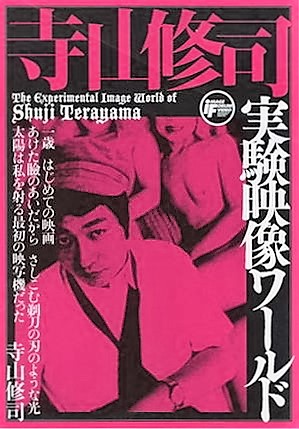