16-year-old Carsten just started dating Melissa. He is introduced to her sweet and likable parents, who kindly welcome their first son in law. On a weekend in their summerhouse it turns out that Carsten and Melissa’s dad might have more in common than they first thought.

This film was actually a short film (about 40-45 minutes) long but it was still beautiful to hold your attention and pass on a message. A sexual awakening of sorts for a young teenage boy.

16 year old Carsten has just started dating Melissa. He is introduced to her parents who have an instant liking for him and they welcome him very warmly in their house. There is a warmth and tension that Carsten finds in her father. On a weekend trip to their summer house, Carsten cant control and ends up kissing her father who returns the favour but quickly backs off. There is then a strange tension between them. Carsten is confused and visits Melissa’s house when he knows only her father would be there at home. after initial awkwardness, he starts crying because he is truly confused as to what is wrong with him and he can’t figure out. The father gives him his shoulder and empathizes with him and soon they are making out. They are disturbed by Melissa and the mother but no one sees anything. Unable to deal with lies anymore Carsten tells Melissa that he has been with a man and they break up. Carsten then wants to be with her father but he refuses since he has a family and everything. Ev though you can see how much he wants to and is attracted to and likes Carsten. This is a sort of awakening for Carsten who realizes that he might be gay and would never be able to get together with his first love.

Except for the length of this short, it was almost like a full length feature film. The direction was very sensitive and the way the closeness between the 2 actors was portrayed was again shown with great sensitivity without making fun or mockery of anyone. Its time directors made more sensitive films for the gay community and I’ve us something meaningful to watch rather than all that gay crap that is out there. 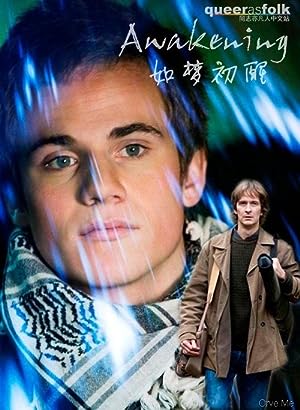 Be the first to review “En forelskelse 2008” Cancel reply