A Texas teen and wanna be actor knocks them dead at “The Audition” Two soldiers are on a secret mission in the jungles of South America. Once captured, their last night together will reveal dark secrets and create sexual tensions that will cause wide spread collateral damage in “The Private War of Joseph Sargent”. In “The Caretaker of Cook County” A cemetery worker hides his recent disfigurement under the cloak of a sinister hood. But it doesn’t hide his twisted attempt to recapture the one that got away. An attempt that includes the help from young male bodies fresh from the mortuary!

With plenty of penises, sex and strange horror, Eroddity(s) 2 will keep you watching, even if you may feel it’s sometimes a little too unpleasantly pervy with its horror and might have done witha slightly tighter style. 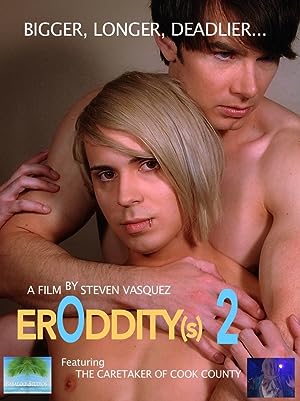