A High School Filmmaker documents his solo journey from Colorado to L. A. in search of the serial killer responsible for the murder of his girlfriend. The film intermixes home footage, real time clips and the eventual climax with the murderer.

I was really impressed by this film. It’s an unnerving, mysterious and unpredictable thriller that works wonders through the use of its non- linear storytelling, furthered by its effective use of hand-held camera, making for a thoroughly captivating watch throughout. It may not always have the pulsating beat of a truly intense thriller, but it’s a consistently intriguing watch full of clever twists from start to finish.

Let’s start off with what I thought worked best here, the story structure. Non-linear crime mysteries are often the films that make best use of the format, but I’ve often seen it lead to convoluted and uninteresting stories. That’s not the case with Everlasting, as it regularly moves between various time periods, ranging from the two’s relationship way back before the murder occurred to the boyfriend’s continued distress as a result.

You may think that spoiling the murder right off the bat would be pointless, but the great thing about this film is that it’s about the emotional effects of losing someone close to you, and by presenting the story in non-linear fashion, we’re able to learn so much about the main characters, all the while still preserving a sense of mystery surrounding the as yet unexplained events that occur right in the middle.

As I said, I didn’t find the film a breathless and endlessly exhilarating watch, but the story that’s told is still a fascinating one. Director Anthony Stabley paces the film very well throughout, making use of the non-linear story to keep feeding in small but intriguing details that, whilst only slowly building towards the resolution, make for an enthralling watch.

The film’s visual style is also a big positive. If there’s ever a way that indie movies try to disguise low budgets, it’s through the use of hand-held camera. Everlasting uses a lot of that too, but it’s actually to the film’s benefit. Cleverly telling the story through the eyes of our main character, a film student, the use of hand-held camera feels totally justified, and even lends another level of eerie realism that makes some of the story’s grislier details more affecting.

I’m not going to lie, this isn’t a particularly pleasant watch. As wonderful as some of the visuals and settings are, the centre of the story is very dark and unsettling. There are moments when the film goes a little overboard with its graphic depiction of sex and violence, not always fitting in with the mysterious atmosphere, it’s generally a very subtly unnerving film. It has the perfect sort of score, almost unnoticeable yet hugely effective and it has a realistic visual style, all coming together to make a genuinely unsettling vibe that renders the mystery of the days leading up to and following the murder even more intriguing.

The performances here in Everlasting are pretty good too. Although there are moments when some slightly wobbly dialogue isn’t delivered so well, both Adam David and Valentina De Angelis are hugely convincing in their roles. The two have an excellent chemistry that makes their romantic relationship an effective storytelling tool, whilst they clearly portray the two characters’ stark differences, creating a different level of emotional drama beyond the horror of the murder at the centre of the story, which I thought was brilliant to see.

In general, this film is very good, but if I were to have one problem with it, it’s the overuse of narration. Although helpful and necessary in the opening act to explain the situation at hand, I really felt like the narration from our main character, looking back on the events depicted in his film, was unnecessary and occasionally intrusive later on in the film. That’s largely because of the fact that the directing here is easily good enough to tell us the story at hand without even saying a word, and with narration effectively repeating what we’re already seeing and feeling again and again, it can be a little distracting.

Overall, however, I was really surprised by Everlasting. It’s a small indie thriller with big brains, and the capacity to provide some genuine excitement and intrigue with an ingeniously-written story. It’s not on the level of the likes of Se7en and Gone Girl, but with brilliant directing, writing and performances, it’s a thoroughly captivating watch from start to finish. 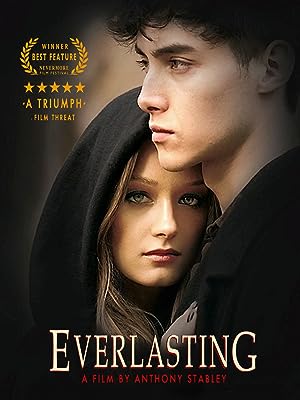 Be the first to review “Everlasting 2016” Cancel reply