Johnathan is a nine-year-old boy who loves sea monsters, and his 300 lb. pet pig, named Wee Wee. Unlike most kids, Johnathan has nystagmus, which makes his eyes “flutter.” He also suffers from severe narrow angle glaucoma; an acute condition that if untreated can lead to permanent blindness. JoLynn cares for Johnathan alone while her singer/songwriter husband David travels in search of his big break. To treat Johnathan, she grows hydroponic marijuana to relieve the painful intraocular pressure Glaucoma causes. She cooks the marijuana into brownies and feeds them to him in secret. David’s parents, Mark and Linda, live nearby and provide for JoLynn and Johnathan as best they can on a fixed income. Linda is highly critical of JoLynn’s ability to raise Johnathan. During her son’s absence, Johnathan has become more undisciplined than Linda would like. While Mark tries to keep the peace, he is torn between his wife and their daughter-in-law, who he loves deeply. When JoLynn discovers that Linda is secretly mounting a case for legal custody of Johnathan, JoLynn is forced to forgo the support of her in-laws. The result is a spiral of desperate acts that force JoLynn to make a decision that will change Johnathan’s world forever.

FLUTTER is a special movie that stays with you. It’s about the love that exists between a parent and child and what any parent would do to save them. Eric Hueber is the next great director. He has an eye for talent and focuses on the core of a great movie; where is the soul of the film. The ending of Flutter is similar to other classics like The Graduate or Midnight Cowboy leaving you wanting more.

Flutter is a movie that creeps up on you. You will begin to look at the psychology and dynamics of your own movie. It’s a little gem and deserves to get major distribution and to be put out to the masses. This is a real independent film unlike a lot of the Hollywood type. It almost never got made per the filmmakers. Very glad it did and exists now. 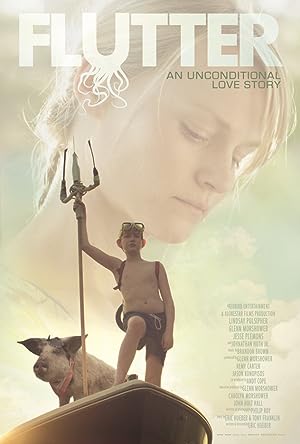