Fresh (Sean Nelson) is a 12-year-old drug dealer who finds himself trapped in a web of poverty, corruption and racial tension in Brooklyn, New York. When his drug-addict sister Nichole (N’Bushe Wright) starts sleeping with local drug lord Esteban (Giancarlo Esposito), Fresh calls upon the skills he learned playing chess with his alcoholic father and speed-chess champion Sam (Samuel L. Jackson) and devises a complex strategy that will free both himself and his sister.

This movie didn’t have to rely on BIG NAMES to make this movie great. It didn’t have to rely on lots of on screen killing to be great. This movie was great because the dialog between the characters as well as the screen play were excellent all by themselves. The people who did play the parts DID justice to the characters they played. As the movie started and in the first 15 minutes, all I could think was this kid (Sean Nelson) was a punk trying to make a buck. I didn’t realize, like most, until the end of the film what this kid was actaully doing, which was playing everyone like they were live chess pieces. He got what he wanted all by playing one against the other. This movie proved that a film does not have to be high budget or big names to be great. If that were the case, The Last Action Hero or Reindeer Games should win an OSCARS for Best Movie. 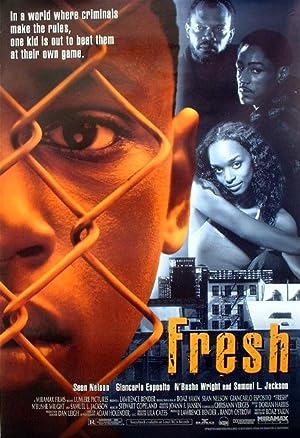