Maddy and Cole were inseparable friends until high school started and Maddy became the most popular girl on campus. When she starts feeling lonely and heartbroken, she reconnects with Cole and the duo conspire to destroy the ultimate teen popularity contest – the Prom.

Cliche teen-flick-trying-to-top-mean-girls film with cliche, expected scenario’s and hot actors to hide the terrible story. Very cheesy and no where near a funny movie. Very superficial and sending out a message that “being popular” is the only way to survive. Don’t watch the film and save yourself some time, I have no idea what the writer of this film was thinking. 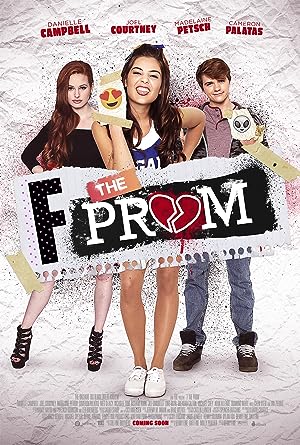 Be the first to review “Fuck the Prom 2017” Cancel reply