Shortly after failing to rescue a drowning man, Donato meets Konrad, a friend of the victim. They soon begin a relationship which seems doomed from the start, while Donato’s past catches up with him.

“Beach” opens with two motorcycle riders riding along the sand, and cooling off in the waters of a nearby beach; When one of them drowns, the lifeguard tries, but fails to save him. The lifeguard Doni, ( Wagner Moura) strikes up a “friendship” with the buddy of the guy that was lost (Clemens Schick). Lots of hot guys. The friendship turns into more… but the plot development moves pretty slowly. Konrad wants Doni to stay, but Doni wants to get back to his job and his family. Full frontal nudity. Lots of butt shots. Not a lot of dialogue, but maybe that’s part of the charm. A whole lot of dancing in nightclubs. Some GREAT scenes of a giant indoor aquarium, and also many ocean scenes. Then his family issues catch up with him. Doni must decide what’s important to him. The ending was a little metaphysical, but you can judge for yourself. Certainly worth the price of a DVD on amazon.com. 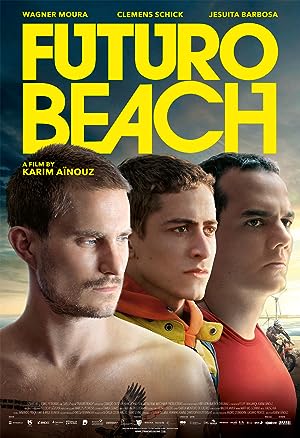