The three stories within Genesis are rooted in the biblical notion of family: a woman in her late thirties rediscovers the faith she lost as a child; a mother goes to extreme lengths to ensure that her child is saved from the fate that she was forced to endure; a Roma boy’s family are killed, and the perfect world of his childhood is destroyed. All three stories are based on real events that took place in Hungary: the Roma murders. The three protagonists are one way or another affected by these events, which change their lives fundamentally.

A surfeit of visual style, however impressive, works against the narrative energy in Hungarian drama xe2x80x9cGenesis,xe2x80x9d the sophomore feature from Magyar Roma writer-director xc3x81rpxc3xa1d Bogdxc3xa1n (xe2x80x9cA Happy New Lifexe2x80x9d). Comprised of three over-stretched, tenuously connected tales about racially motivated violence in contemporary Hungary, the film also suffers from feeling slightly past its sell-by date, since the real-life events that inspired it, the 2008-xe2x80x9909 attacks against the Roma community, have been covered in other films such as Bence Fliegaufxe2x80x99s 2012 Berlinale competition prizewinner xe2x80x9cJust the Wind.xe2x80x9d But for festival audiences without such context for comparison, the condemnation of entrenched racism will still pack a punch. 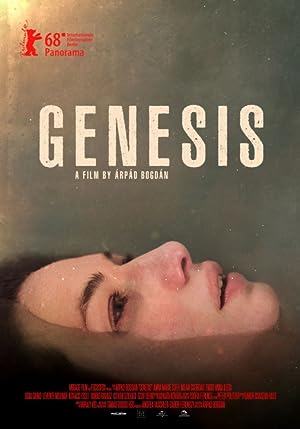