Two underclassmen roommates at an all-boys boarding school eventually and unexpectedly bond, one a social outcast, the other a star rugby player. With a new English teacher challenging students to find their own voices, the boys’ friendship is tested by the rugby-obsessed expectations of others after one is found to be gay.

I picked this off Netflix on a boring Saturday afternoon. Boy I wish I had seen it sooner.

I was totally shocked at how good it is – the story line is something we can all relate to – a world that often isolates those who don’t “fit in”.

Fionn (Ned) and Nicholas (Connor) are absolutely relatable in their roles, and I loved the cameo by the English Teacher. While some may critique the ending as “predictable”, but IMO any other type ending would destroy this movie. After the emotional roller-coaster of the film, we NEEDED that ending.

Thoroughly recommend it for all – especially for those who think that anyone who is different is a lesser individual. 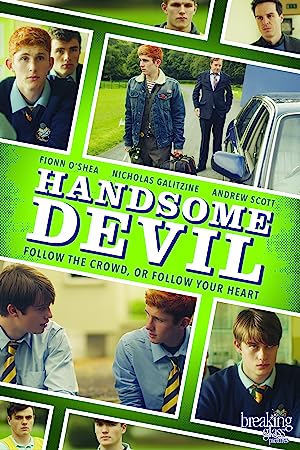 Be the first to review “Handsome Devil 2016” Cancel reply