The beautiful Hebe has been cast out by her family after a teenage pregnancy to a masked stranger during a fiesta in Italy. She makes ends meet and pays for her son’s school fees by cooking for old ladies and sleeping with a small syndicate of adoring men (the “peacocks” of the title – from Greek mythology). The story revolves around Hebe, her “clients” and their families, and set against a backdrop of village life in South-West England. There is a sub-theme of the antiques trade which draws some of the characters together, and ultimately resolves the mystery of Hebe’s masked lover.

There’s something about this film that makes it standout from the hordes. It has a top class cast, it’s romantic, funny and whimsical. Once seen, never forgotten ! It is not a commercial film as such, meaning that if a viewer is looking for bad language, blood, guts and rampant or graphic sex then it is definitely not for them. If a viewer is looking for gentle attributes, beautiful photography, romance, intrigue and lots of stylishly discreet sex, then it is for he/she. It was shown on late night TV in Australia a few years ago as a special treat by John Hinds, the local film buff and expert/critic on the ABC who recommended it highly. I bought it on the internet and have never seen it in video shops or anywhere else for that matter. I am hanging on to my copy for grim death ! It’s like a favorite book that one takes down every year or so and re-reads with the greatest of pleasure. I thoroughly recommend it to a discerning viewer. 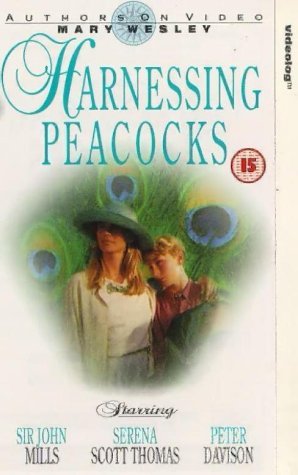 Be the first to review “Harnessing Peacocks 1992” Cancel reply