DJ Sabu’s overactive libido leads him into teenaged pregnancy. His mythic quest for two thousand boys ends with Happy, a paranoid UFO-ologist to whom aliens promise to appear (as his love child). Spanky is an evil hairdresser trying to foil Sabu’s mission, he is the self-proclaimed ‘biggest bitch in the world.’ The action unfolds at a series of raves on old garbage hill in an industrial Antonioni landscape peopled with characters right out of vintage John Waters.

After being an addict to IMDb forever I finally got an account when I read what other people thought of this movie.

You basically have to be on a lot of drugs to think this movie is anything but the worst movie you’ve ever seen.

The story line is ridiculous, the acting is on par with a high school play, I can’t even think of one good thing to say about this movie.

My best friend and I watched it and within 10 minutes (he’s gay we’re both ex-ravers so the “target audience” of this movie was well represented) and within ten minutes we were going to turn it off but left it on hoping it would get better. It didn’t 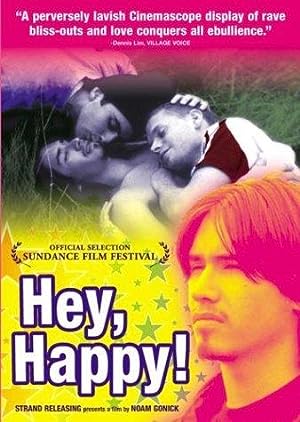