A college student experiences difficulty in getting home for Christmas after being hazed by his friends. While struggling to get home in time for Christmas, he learns quite a bit about himself and the true meaning of the holiday.

Jonathan Taylor Thomas plays Jake, a college student in California who hasn’t come home to New York for the holidays since his father remarried. The father makes Jake a deal he can’t refuse: get home by 6 p. m. Christmas Eve, and he can have the Porsche they rebuilt together. One problem: Jake helps some athletes cheat on a final exam, but his plan is sabotaged, and ‘Eddie and the boys’ leave him in the desert wearing a Santa suit, with nothing but a note they signed. Eddie sets out to take Jake’s girlfriend home. Jake calls her but there is a problem with her answering machine. Jake calls home for help but he has lied and schemed too many times before. It is his ability to lie that gets him on the road making progress toward his goal, but also into new jams. He sees Eddie several times (what are the chances?) but his girlfriend doesn’t see him until the fourth time, and that doesn’t turn out well. Of course, Eddie and Jake’s girlfriend don’t get along too well in their travels east. It’s a fun film if not great. Jake helps several people, including himself, learn the true meaning of Christmas. Lots of great scenery in the first half of the movie, and a lot of the music is good, with styles including jazz and bluegrass. And the situations Jake gets himself into are quite funny. Have you ever seen a 5K race where all the entrants are dressed like Santa? It’s a family film with a little off-color humor (I saw the edited version, so no bad language to speak of). 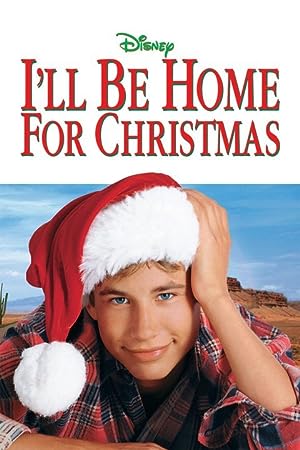