In the town of Martin, Tennessee, Chip Hines, a precocious six year old, has only known life with his two dads, Cody and Joey. And a good life it is. When Cody dies suddenly in a car accident, Joey and Chip struggle to find their footing again. Just as they begin to, Cody’s will reveals that he named his sister as Chip’s guardian. The years of Joey’s acceptance into the family unravel as Chip is taken away from him. In his now solitary home life, Joey searches for a solution. The law is not on his side, but friends are. Armed with their comfort and inspired by memories of Cody, Joey finds a path to peace with the family and becomes closer to his son.

Many critics could argue, perhaps convincingly, that “In the Family” could be edited from its almost 3 hours to 2 hours, however, the pacing of the film doesn’t suffer from its length. And by taking time to develop the almost mundane everyday life of a gay couple raising a young son, the film is actually a bold political statement that speaks directly to every person who thinks being gay is somehow a non-stop sex fest. Because of that, the film makes a very strong point even before the issues at the heart of the movie become front and center. It’s a family friendly film where sexual orientation is almost an afterthought of the movie and that is what sets the tone and makes it groundbreaking. That is a long winded way of saying that anyone who thinks the film should fit into a typical 2 hour movie formula, is missing the depth of the story and the emotional impact the pacing creates.

Many Asian-American actors would say they hate doing accents because they are connected with stereotypical roles, but Patrick Wang’s southern accent probably wasn’t what Asian-American actors had in mind and in this case it is a testament to Patrick’s incredible acting abilities. I am one who thinks directors should direct and not also take on the demand of acting in their own films because both can suffer, but Patrick Wang’s acting and directing are both amazing. He has embraced this film heart and soul and it’s evident in its emotional complexity and perhaps this is a case where it could not have been as successful without Patrick in both roles.

In the film the downward spiral starts with the confrontation between Joey (Patrick Wang) and Chad’s sister over the will and is a riveting scene that doesn’t leave the viewer rooting for anyone, but actually feeling the pain and the point each is making about the circumstances. But for Joey it is the most devastating because everything in his life is gone overnight; his partner, his child, and his home. The loneliness and destruction of his life is powerfully and beautifully created by Patrick’s acting and directing making this a heart wrenching film that shouldn’t be missed. And the film’s conclusion? Emotionally brilliant. 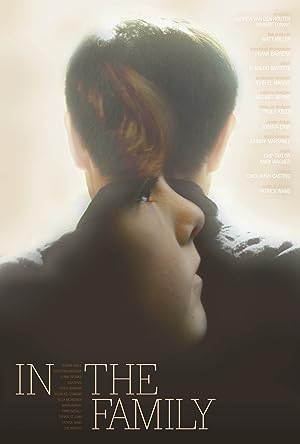 In the Family (2011)
169 min|Drama, Romance|04 Nov 2011
7.1Rating: 7.1 / 10 from 640 users
When his partner Cody dies in a car accident, Joey learns that their son, Chip, has been willed to Cody's sister. In his now solitary home life, Joey searches for a solution. The law is not on his side, but friends are.
Director: Patrick Wang
Creator: Patrick Wang
Actors: Sebastian Banes, Patrick Wang, Trevor St. John, Lisa Altomare

Be the first to review “In the Family 2011” Cancel reply