17-year-old Eric follows his parents to immigrate to Canada and is thus forced to confront different emotional and cultural problems. He must not only adjust to the new environment, but also come to terms with his homosexuality. Standing at the brink of adulthood, he encounters a series of potential romantic interests – his handsome cousin, a schoolmate, a middle aged lawyer and finally a kitchen helper. They represent different stages in Eric’s development, from infatuation, sex, love to a sense of responsibility.

I saw the box cover for this film and was immediately captivated by Timothy Lee (and still am). WOW. Not only quite handsome, but an actor well on his way to bigger and (hopefully) better things.

Although this film looks quite amateur, the story was actually quite interesting. That and Timothy’s good looks are all that kept me on until the very ending.

I state “ending” but what I’d love is for this film to have one. It just kind of dies. I’m very good at reading between the lines and determining “existential” endings, but I felt like this film was shot in order and they just ran out of money.

You’ll see what I mean. It just ends.

I watched the two other short films on the DVD by the same director and it does seem like a lot of his stories really don’t have a point. But I’ll concede that maybe each film does have one and I just somehow missed it ever time (and the final film on the DVD has three stories — none of which I “got” either).

If the same writer/director makes another film, I’ll definitely watch it. Mainly because he certainly knows how to cast good looking younger guys. ? 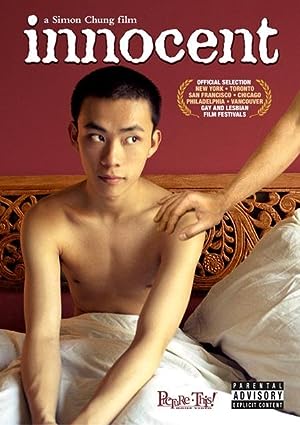