In the Town of Derry, the local kids are disappearing one by one, leaving behind bloody remains. In a place known as ‘The Barrens’, a group of seven kids are united by their horrifying and strange encounters with an evil clown and their determination to kill It.

The first sequence is classical example of US horror film. In which, the evil clown suddenly and naturally appears, and it victimizes the kid who drops his toys into drainage passage on a rainy day in the local city of US. We not only easily grab the setting of the evil clown and what he wants. It is a typical bogie man story who eats and kidnap kids who are afraid of it.

It(2017) proves effective use of VFX, CG animation is to crate what traditional acting or camera working or editing technique can not achieve. This film actually avoided overused VFX and CG animations (CG is not an editorial work but it’s computer animation).

Moreover, it recovered or tried to revive the core spirit of 1980s’ Goonies or Stand By Me to the certain extent. This is also well accepted and understandable.

The evil clown is typical Boogieman, and it has common feature with Freddy. And it is scarier than the latter.

I appreciate the legitimate and efficient structure of this film. It is the best horror film of 2017! 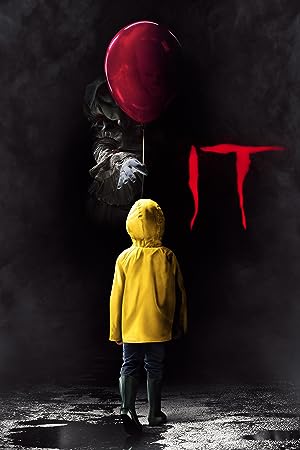 It (2017)
135 min|Horror, Thriller|08 Sep 2017
7.4Rating: 7.4 / 10 from 353,793 users
In the summer of 1989, a group of bullied kids band together to destroy a shape-shifting monster, which disguises itself as a clown and preys on the children of Derry, their small Maine town.
Director: Andy Muschietti
Creator: Chase Palmer (screenplay by), Cary Joji Fukunaga (screenplay by), Gary Dauberman (screenplay by), Stephen King (based on the novel by)
Actors: Jaeden Martell, Jeremy Ray Taylor, Sophia Lillis, Finn Wolfhard