The next door neighbors Nell Bedworth and Woody Deane have opposite behaviors and hate each other: the virgin geek Nell is polite, sensitive and well-prepared to go to Yale, while Woody is rude and his greatest expectation is to join a mediocre university due to his abilities playing football. When Nell and Woody are assigned to visit a museum together, they argue in front of a statue of an Aztec god. During the night, their souls swap bodies, bringing difficult situations to them. They first try to damage each other’s reputation in high school, but soon they discover that their dream of joining college can only happen with mutual respect and support.

I have to admit first that I am a fan of this genre, although when I went in I was expecting something pretty run-of-the-mill. However, this is no teen B-movie but is actually a really funny premise and has a story with a surprising amount of emotional depth. I’m surprised no-one has made a movie about this before, but they haven’t. It seems quite an obvious premise. A boy and girl who despise each other, end up swapping bodies and are thus forced to deal with each other’s lives. It’s like Freaky Friday but with a bit more edge and all the adolescent teen stuff which is what keeps it fresh. Whilst this stuff is funny it is the love story that really gets you and I was amazed to find myself getting emotionally drawn into the characters. Not often I say that about an American teen movie. Only negative is Sharon Osbourne who kind of pulls you out of the movie a bit, but other than a satisfying movie experience and a really pleasant surprise. 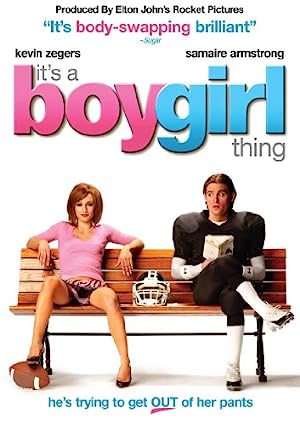