The true story of James Burns who, as a teenager goes from the suburban street gangs of Denver to a maximum-security prison cell surrounded by hardened criminals. In this unlikely setting, will James emerge with hope and a brighter future?

This movie might not be for everyone, when I read some of the reviews I can understand your point of view when remembering it in hindsight but I must tell you I was unable to notice any of the small mistakes while I was watching.

Maybe because I’ve been in the same situation at the same age, made all the same mistakes with the feeling of it being right at the time, like you had no other choice.

If you lived the life of a child believing it was full-grown surrounded by vicious criminals whose “standards and morals” you thought was real and you believed it like this kid did and had to go trough it the hard way to finally realize, or if you can relate to that, then this movie might be for you.

Not because it will make you feel good or not because it is portrayed in a way that makes “thug life” seem cool like these movies I grew up with and became classics.

In a way that made me feel as the main character went through life making decisions, I could understand and relate to his choices, it wasn’t always spelled out why he took upon himself to do some of the things he did.

His standards and morals, he stood up for them even though it is a rare thing in that world, a very rare thing I must say knowing what I speak of. And when he was old enough to realize that he had to pay the price knowing he was trying to hold up this “standard and moral” that does not even exist in that world and the one who payed the price was him.

I liked this film and the main character, it made me feel through the whole movie as the decisions was made and I reminisced on my own life from an adults point of view gone through hell and back. 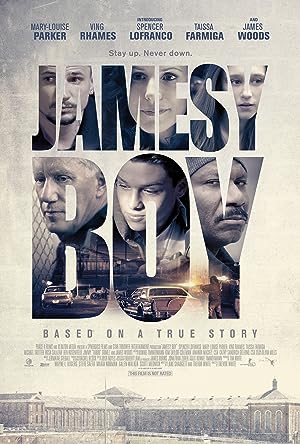 Be the first to review “Jamesy Boy 2014” Cancel reply