Nathan stays with his mother who is a drug addict and a mother in name only. He’s left to fend for himself and to get drugs to support his mother’s addiction. He manages this by prostituting himself. At the start of the movie, after making some money the only way he knows how, he brings home some drugs for his mother and she dies from an overdose. He’s taken back to a police station and someone from social services is called to take him into care, but he decides to run away.

His father is unknown, even to his mother, but he claims he’s heading west to find him. I was never very clear about why he was actually motivated to head toward Vancouver. Maybe he just wanted to get as far away as possible from the life he had been living. He finds a way to coerce a man, Boon, who he runs into at a diner to give him a lift. Coincidentally, Boon was also a man that happened to be at the police station at the same time as he was. Probably one of the greatest weaknesses of the storyline was the heavy reliance on coincidences and the equally unlikely way so many things fell into place to carry the plot forward.

It’s hardly surprising that Boon, who appears to be transporting a supply of illegal drugs to someone in Vancouver and who has a load of personal baggage vis-à-vis his own family and childhood, bonds with Nathan along the way, while ostensibly trying to keep an emotional distance from him. Equally expected, there are some misunderstandings, disagreements and complications to their relationship along the way, but it’s also fairly obvious that both Nathan and Boon grow on each other.

The ending was something of a surprise, although it too depended in part on some credulity stretching coincidences and a presumed & slightly improbable happily-ever-after denouement.

Well worth watching and a feel-good movie if you’re not too picky about the overly “convenient” plot development. The choice of “Jet Boy” for a title seems unfortunate since it might conjure up ideas of a animated comic book character.

Allowing for some dramatic license, the characters were believable and the acting was good. Branden Nadon and Dylan Walsh were especially good as Nathan and Boon. 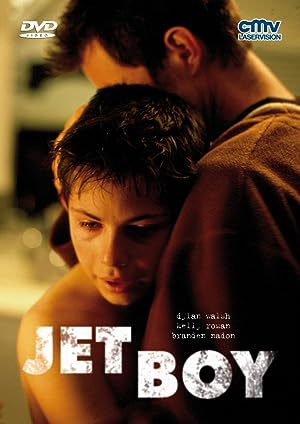