A New York commodities broker who was married several years ago has been separated from his wife. Now he wants to marry his new girlfriend, so he has to divorce her first. So he goes to Venezuela, and is brought deep into the jungle and told that when they separated she was pregnant and chose not to tell him since he stated he was not really interested in becoming a father. Today, the boy has reached the age where he has to go on a quest, in New York, so his father reluctantly brings him along, and a culture clash follows. The boy has spent all of his life with the tribe he grew up with, and his father has a bit of problem so he can’t spent as much as time with his son as his son likes.

The first time I saw this movie was in the cinnima theatre. I found this film to be surprisingly enjoyable and entertaining. It was funny and stupid sometimes. The best quality this film has is its replay value. You can watch it several times and not get bored with it. Also, this movie really makes New York city look a lot friendlier than it really is (We all know New York is a hell hole). This movie is great to watch on a rainy day when you have nothing to do. 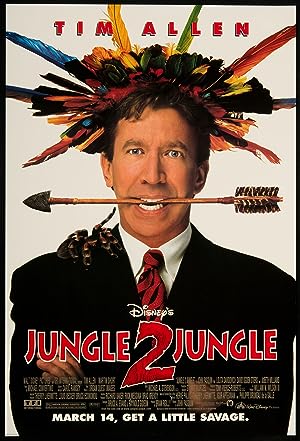