Anthony is in the Phillipines visiting his father. He inadvertently interferes with the affairs of local gangster Quino, who also happens to be a champion Karate fighter. After embarrassing Quino near a local tournament, Anthony is beaten up and left for dead. An old monk nurses Anthony back to health and teaches him the ways of martial arts so he may go back and fight Quino again.

This one tries its best to tie a story together. Does it work? Not really and our so called hero spends most of his time as a human punching bag. Also, a reclusive monk who ponders tranquility in a forest(?) is one that I’ve never seen in any Shaw Bros. film. The training scenes with casio background music are a highlight and yes, livestock will be harmed! A karate tournament is held in a boxing ring and it looked that the public was really getting into the movie. Honestly, it’s hard to side with our “hero” and you can’t blame Quino for blowing up after taking a foot to the groin. OUCH!! Unintentionally, the logic withing the dialogue seems flawed or maybe something is missing in translation. Otherwise, you’re going to laugh at this low blow, B-grade karate romp. 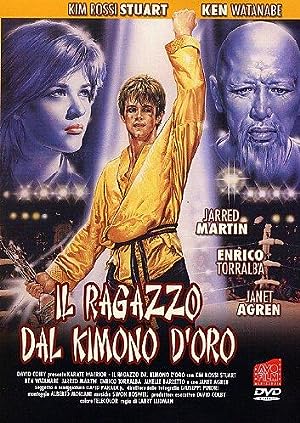 Be the first to review “Karate Warrior 1987” Cancel reply