Against the history of Kerala, we see a young man grow up without a father, relate to the working class people employed in his feudal household, become an intellectual, land in prison, and find a cure for the stuttering that afflicts him.

Kathapurushan by the Indian master Adoor Gopalakrishnan is an intellectually challenging blend of traditional and modern story-telling styles that draws upon both folklore and recent Indian history to present an elliptical story about the “failure” of socialist movements in the South Indian state of Kerala.

It is perhaps the fact that Adoor’s films demand a certain local knowledge from his viewers that has kept his work – and that of other disciples of the late great Ritwik Ghatak – from achieving recognition outside India. But that’s okay – India is large enough. 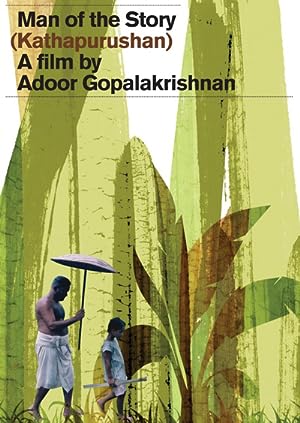