17 year old Jasper lives in a very grey, small town. In his family, he cannot be himself. Jaspers dad is a singer, named Lukkie Luk. All the attention in the family goes to his career. Jasper searches a way to handle this and is faced with the typical questions in the live of an adolescent. Questions that will not be answered when he stays in his own routine.

the good intentions are the basic motif to not be very critic about this short film. in same measure, it is the motif for not looking for understand it.first, because it gives an unrealistic story.second, because all the characters are reduced as sketches status. not the last, because the last scene is real absurd. it is a film who has the ambition to reflect sexual crisis of a teenager. but it gives only a form of improvisation. this is its basic sin. so, one of many films about same theme. nothing surprising. saved, in part, by clichés. 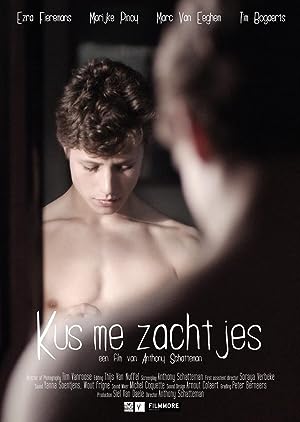 Be the first to review “Kiss me softly 2012” Cancel reply