In the turmoil of the last war days, the 13-year-old Tom loses his mother. From Silesia, he succeeded in fleeing to Vienna, where he clung to the war cripple crutch, which is flooded with little crooks. Together, the two conquer each other through post-war Vienna; Finally they arrive in Germany.

On his flight from the Russians, 13-year-old Schlesier Thomas was stranded in Vienna shortly after the end of the Second World War. There he crosses the black market, the “Kriegswehr”, a crutch soldier who lost his leg on the front. Although the invalid does not want to know anything about the boy, a kind of friendship develops between the two. When the duo has just found shelter with the Jewess Bronka, it reaches the news that the Germans are allowed to “go home to the Reich”. A grueling journey begins.

In the turmoil of the last days of war, the 13-year-old Tom from Silesia arrives in Vienna, where he clings to the war cripple crutch, which is flooded with small crooks. (google translated) 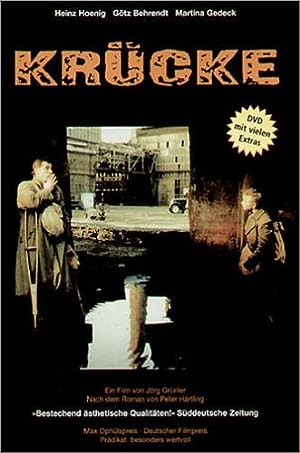