Brutal film about the exploitation of a young Italian boy, who is virtually sold to the operators of a sulphur mine where he is beaten and sexually molested.

” Acla, The Descent into Floristella, ” an Italian film purports to tell the story of Acla, excellently played by Francesco Cusimano. If the viewer is enticed by the film’s trailer, then he will be disappointed with the movie. The story is of a young boy who is sold into living bondage and sexual slavery. Try as you will, no rape or torture scenes ever materialize, as suggested by the trailer. Instead the viewer is offered a collage of scenes where the actors ‘talk’ about their miserable existence. Filmed in what appears to be a sulfur mine, the actors all male, are literally stripped and forced to work in the nude, hence the possibility of older men taking advantage of naked young boys. Except for a lot of threats, arguing, and fist fighting, the film never delivers anything but a collection of philosophical statements and illusionary homosexual scenes. All in all, the trailer is more interesting than the film which lacks structure and resolution. Other than the Cusimano, and his dream, the film offers little else. *** 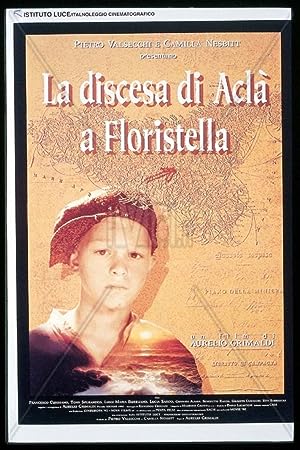