A depressed mother’s husband has left her for she could not bear a second child. Living alone with her only son, she has an unlikely meeting with an injured escaped convict, and reluctantly takes him into her own care. The man proves to be better than his criminal image as the three bond over Labor Day weekend. The only problem? Everyone in town is looking for him.

For a relatively young filmmaker, Jason Reitman is a keen observer and a skilled storyteller. In “Thank You for Smoking” and “Up in the Air” he has offered unique and insightful views into the business world, and in his latest “Labor Day” he continues to intrigue us with a different subject, a fragmented family that yearns to become full again.

Kate Winslet, Gattlin Griffith, and Josh Brolin bring palpable chemistry as a tired single mother, her whole-world adolescent son, and a ragged man who walks into their life by chance. The somewhat contrived setup is compensated with an intimate observation of these very different characters, as they learn to appreciate and show us precisely what they can do to complement each other. Like other Reitman films, this one has signs of wisdom embedded here and there. There may be a simple quote that comes to greater significance in a later scene, or a plot device that may start making sense when the film is about to finish.

The ending is rather rushed and roughly executed with the older version of Winslet looking eerily lively and the brief appearance of Tobey Maguire that feels superfluous. Still, the meticulous and sensual narrative of the film is so inspirational that, when the film is over, you will find your senses heightened in more ways than one. 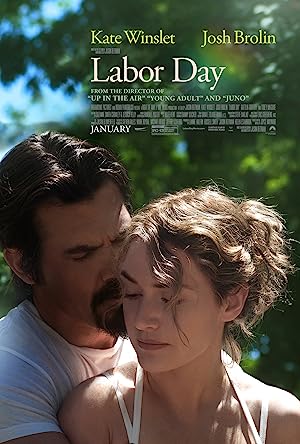 Be the first to review “Labor Day 2013” Cancel reply