“The Pocket Lover” tells the story of Julien, a 15 year-old boy who falls in love with an older woman, later discovered to be a prostitute. Now, Julien will have to face several obstacles, which includes his parents opposition with this affair, and Julien’s own perceptions about the woman’s line of work, going out with wealthy guys.

This is a coming-of-age film, beautiful and deeply moving, about a young boy discovering love and sexuality. Pascal Sellier plays the young boy Julien, and Mimsy Farmer plays Héléna, his love interest, a sweet and kind-hearted prostitute.

But the question is, can their growing love withstand the obstacles of her madam, her clients, and his parents? There are also complications from his school friends, especially his envious best friend Capo. This film is rare, so if romance is your thing, do whatever you can to find it and view it.

It also has the beautiful young Eva Ionesco playing a small part as Martine, a neighbor who is also his former platonic girlfriend. 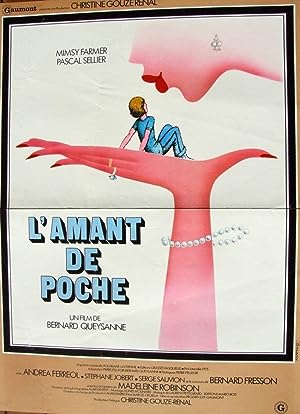