It was apparently very hard for Laurent Achard to archive his strange cinematographic new project : almost ten years have passed since his last movie “Plus qu’hier, moins que demain”, released in 1998. And when you see “Le dernier des fous”, it’s not really hard to understand why it took so much time to convinced a producer to put some money in the project : if its story is quite classic for a french “film d’auteur”, its style is so arid (there is no music, but only sour, experimental, distorted and natural noises ; most of the time, the frame stay still, and the sequences could be very long, as if time stops for minutes, etc.), that it’s certainly almost as difficult to watch than it was to make.

The movie deals with a family crisis (with everything a french psycho drama is able to offer : a crazy mother, a homosexual and depressive son, an absent father, and so on…) setting in the french country. All the events are view through the eyes of the younger soon, who passively watch his world collapsed. First interesting point is that the movie never leave this point of view, and make everything seems quite unreal, for we don’t see an objective reality, but we’re always in the mind of this strange little kid. And the fact that this is a mental movie allows the plot to take another direction, and then fallows stranger and original paths. That’s why the all the movie is between realism and fantastic, and even naturalism and horror, and tries to stay in that border. But if this experience is very interesting, it’s not really satisfying.

The story, the situations, even the style, has everything to see with french naturalism : the movie sometimes reminded me the psycho drama of Téchiné or Piallat, or even “Mes Petites amoureuses” from Eustache (because of some scenes between the child and his older neighbor). But the naturalist way is disturbed by a fantastic tone, where the characters seem deformed (like the mother or the maid of the neighbor), and sometimes look like monsters. You constantly have the feeling (like the older brother said), that something horrible is about to happened. Then, the movie is closer to realistic fantastic like Bava than classical french sociological study. The family really looks like a disturb bunch of freaks, almost as strange as the family of Miike’s “Visitor Q”.

But the thing is that the mixture doesn’t really work, for, as the movie always tries to stay at the border of the two genres, it doesn’t really fit anywhere, and seems somehow unfinished, for it doesn’t actualized its pretensions. The naturalist way is like suppress by the fantastic elements, as if the movie couldn’t assume to the end the fact that it is a french “film d’auteur”. And the same thing goes with the fantastic and horror way : for it is also a realistic movie, nothing fantastic never really happened. It’s as if the mix of the two elements, instead of increasing the impact of the two, suppress the both.

But there is no doubt, that if the movie is hard to watch (it’s sometimes boring and annoying) it sticks to your mind for a long time, and some frames (the distorted face of the mother, the sour and loud atmosphere, the loneliness of the characters, etc.) comes to haunt you back, long after the screening. 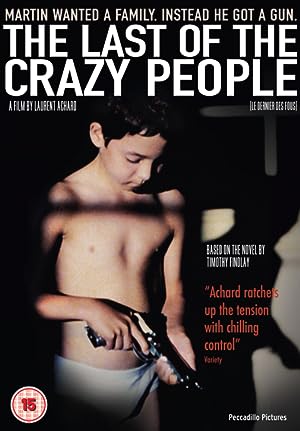