The film follows fifteen-year-old Charley Thompson. He wants a home, food on the table and a high school he can attend for more than part of the year. As the son of a single father working in warehouses across the Pacific Northwest, stability is hard to find. Hoping for a new start they move to Portland, Oregon where Charley takes a summer job, with a washed-up horse trainer, and befriends a failing racehorse named Lean on Pete.

I would say that this is the most surprising film from Andrew Haigh, simply because it’s about subject matter that I did not think he would be all that interested in. Overall, all that doesn’t matter because he still creates a very well-rounded story with some fantastic performances at its core. It’s simply but beautifully shot, carefully paced, and gently directed. It’s a great film, although maybe not to the level of Weekend and 45 Years. 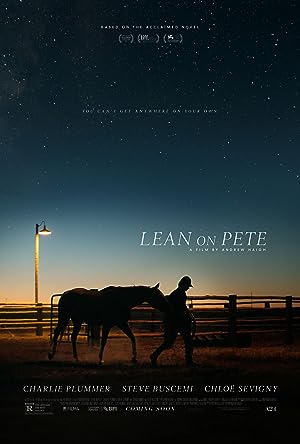 Be the first to review “Lean on Pete 2017” Cancel reply