Friends, family, and lovers struggle to find love, forgiveness, and meaning in an almost war-torn world riddled with comedy and pathos.

Recasting everybody has the weird sense of an alternate universe. It makes this a weirdly unreal movie. I can’t say that the actors are inferior but they are different. I’m not a big fan of Happiness and this doesn’t change that. I can’t find any rooting interest in any of these characters. Some are downright kill worthy. The discussion between Trish and Timmy is so pathetic that it’s almost funny. At least, it was memorable. 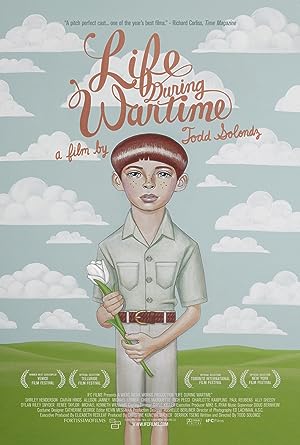 Be the first to review “Life During Wartime 2009” Cancel reply