When Laura Harris’s kidnapped son returns after eleven devastating years, what she thinks will be a dream come true turns out to be a family nightmare.

I found the film Lost Boy to be a really engaging thriller. There were a number of good twists in the story, which isn’t always the case in a TV movie. In particular,I liked that it didn’t wrap up in a neat and tidy way – that was this some mystery at the end. I don’t mind (in fact I often prefer) that you don’t know everything at the end of the story. The writing, especially with the dialogue, is quite strong. I enjoyed the use of the old home movie footage. Lost Boy is well worth watching. The movie isn’t the standard, “based on true events” Lifetime movie of the week although it wasn’t far removed from real life either. I thought Matthew Fahey was excellent as Mitchell, “the lost boy.” I hadn’t heard of him before but I suspect I will be seeing him in more roles in the future. Virginia Madsen and Mark Valley also worked well together too as the now-separated parents and Sosie Bacon was good at the rebellious teen sister. 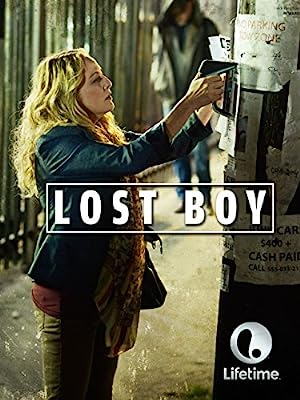 Be the first to review “Lost Boy 2015” Cancel reply