Lost Child is a dramatic thriller about a young army veteran suffering from PTSD who returns home to the Ozarks to look for her estranged brother and finds an abandoned young boy in the woods. As she searches for answers about who the child is, she discovers a mysterious world of folklore, clan rules and lies, ultimately putting her own life in jeopardy to protect the young boy and find out the truth.

There’s a way people have of looking at you when they find out that you’re from virtually anywhere in the South that’s dominated by forest, rolling hills, and mountains. Their brain automatically manufactures the images of Deliverance and Wrong Turn, complete with moonshine, overalls, and banjos. I get it; I really do. I’m from the foot of the Blue Ridge Mountains in upstate South Carolina, and I’ve seen the reasons for those stereotypes that Hollywood has perpetuated for decades. These are my people, and I have zero shame in the fact. Hill folk and mountain men are good and decent people.

Stereotypes, however, are here for a reason. There’s an older, more homespun way of thinking and a superstitious set of beliefs that is simply part of the culture. We tend to honor the old ways and keep to ourselves; that’s just how it’s always been done. It’s against this backdrop that Lost Child tells its ghostly cautionary tale.

Fern (Leven Rambin, The Hunger Games) has just processed out from the Army and returned home to the Ozarks of Missouri. She’s home to bury her father and find her troubled brother, Billy (Taylor John Smith, Wolves). She’s also home to face the ramifications of leaving for the Army at 18-years-old to escape the life of drugs, poverty, and foster care that her brother couldn’t escape. In her search for her brother, she finds a young boy named Cecil (Landon Edwards) living in the wilderness by his wits and resolve. She takes him in, much to the chagrin and scorn of the townsfolk (and her loony neighbor, Fig), who believe him to be a tatterdemalion, a demon child who must be invited in to escape the woods. Once you let him in, the legend goes, you will become progressively sicker as he uses your lifeforce to stay young forever. Once Fern becomes ill, she starts to question the boy’s real intentions.

Filmed on location in West Plains, Missouri, Lost Child drips with the atmospheric isolation that only the deep woods can bring. Long aerial shots and dizzying pans of the blue and inky dark allow you to feel the damp and smell the rich earth. There’s nothing traditionally pretty about the homes and the people, but there is a noble beauty nonetheless.

The recurring theme is that of isolation and abandonment. Fern and her brother were left on their own by terrible parents. Cecil is a mysterious child who lives entirely alone, and though he’s freaky, you can still feel that human ache. The neighbors, townsfolk, and area itself are isolated and forgotten by the world at large. Civilization has passed them by, and they stick to the old ways either out of genuine belief or adaptive necessity. Lost Child is not a horror film by any stretch; rather, it’s a powerful human drama about the choices we make and the power of belief to either heal or alienate.

The performances all around are powerful when they need to be and nuanced when it counts. Newcomer Landon Edwards has got a future. Not only does he manage to make vulnerable come off as creepy, but he embodied every unwatched boy roaming wild that I’ve ever known (and that’s a few, believe me).

Lost Child does rush it in the first act, eschewing any exposition in favor of just getting set up and laying the groundwork for the last two acts. Once footing is established, though, the human element becomes stronger and stronger. You will vacillate. You want to trust the boy and believe the locals to be backwoods kooks, but then something happens that shakes your faith. Ultimately, you are left to decide for yourself if old superstitions have a grounding in truth. As Fern finds what she really needs, you’re left to wonder if it even matters. 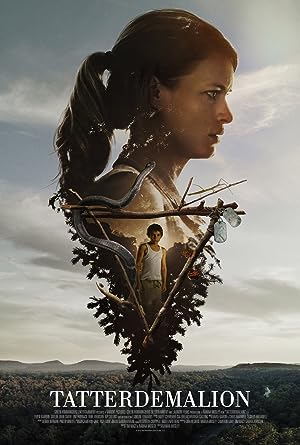 Lost Child (2017)
96 min|Drama, Horror, Mystery, Thriller|14 Oct 2017
5.6Rating: 5.6 / 10 from 289 users
An army veteran who returns home to the Ozarks finds an abandoned young boy in the woods, and as she searches for clues to the boy's identity, discovers the local folklore about a spirit, which comes in the form of a child.
Director: Ramaa Mosley
Creator: Tim Macy, Ramaa Mosley
Actors: Leven Rambin, Taylor John Smith, Jim Parrack, Kip Duane Collins