Orphaned the previous Christmas young Goose looks after his demented grandma, selling stolen goods to soft-hearted fence Frank on his Manchester estate. One Christmas Eve Goose meets Anthony, an enigmatic, fey stranger with apparent psychic powers, able to tell by touching them what people have lost, from Frank’s first edition of Oscar Wilde to a retired doctor’s wife. Hoping that its return will lead to him finding his lost dog, Goose persuades Anthony to help him retrieve a bangle he stole and ends up meeting the wife of his probation officer, whose young daughter died on the same day as Goose’s parents. But Anthony is not what he seems to be at all and is capable of changing everybody’s life for the better when his true identity is revealed.

There will be those who are critical of the over simplified message of this film, those who feel that Eddie Izzard was not the right person to play the key role but I think that they are over complicating this.

A seasonal film that has you laughing, crying and puzzled in equal measure until the ending glues it all back together. So many threads that in the end all make sense and the parts played by Eddie Izzard, Jason Flemyng and Geoffrey Palmer are stand out for me. The young lad who plays Goose either is a natural, or took direction superbly.

There is only one section that is not researched well, and you will know it when you see it, but that is forgivable to an extent because the rest of the film is so good.

Deserves awards and should become a Christmas Classic every year from now on.

Enjoy it with a glass of wine, cuddled up on the couch with the kids and a box of tissues. Children over the age of 12 will understand all the themes, children under that age will still understand the main theme of the film. 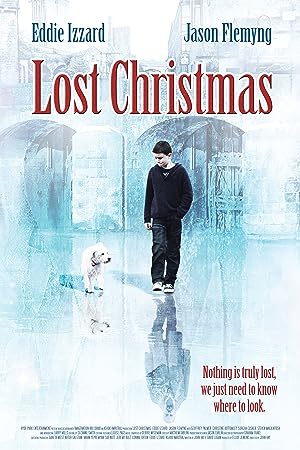