A 12 year old boy and his single mother live parallel lives. The boy spends his days alone while his mother works and goes out with her friends. The boy’s solitude is both a source of freedom and a cause for grief. His explorations slowly bring to light the dark contrast between the rules of society and the laws of nature. And before long, the delicate balance of his inner world becomes shattered by unforeseen events.

Somewhere in rural Texas (the exact location is irrelevant), a nameless boy (Daniel Blanchard) about to enter his teenage years struggles to pass the time in his relatively solitary life. He has few friends outside of a trailer park resident he goes can collecting with to make some extra cash. Most of his days are spent doing chores that his alcoholic mother (Melissa McKinney, here billed as Millie Blanchard) can’t be bothered to do. Mom will often come home from her job as a nurse in an assisted living facility (where her son occasionally lends a hand), demand a beer, and carry on drinking the night away. Sometimes this involves throwing uncomfortably inappropriate parties that make her son feel uneasy, and other nights where she’ll stumble home drunk and naked and her son will have to drag mom to bed.
Minervini never shows a direct interest in making the audience recoil in horror at the plight of this boy and his mother until the very end when a shocking moment of desperation leads to the only genuine paternal connection between the two. Early on, it’s made clear that answers and catharsis aren’t the order of the day. Neither is rigorous, static observation. While certainly austere, Low Tide always has something on its mind and a clear sense of authorial intent.
A masterful observatonalist and gifted storyteller, Minervini wants the audience to experience what it means to be young and poor in a dead end community, surrounded by people none too keen to leave any time soon. These observations are to be made by the viewer through inference and introspection, free of judgment and dramatic skewing. It’s a film, and indeed a world, where no one speaks unless spoken to, and the film itself is meant to make a statement to the audience, not to the characters within it.
The purposefully uneasy, sometimes dreamlike blend of reality and fiction approaches moments of poetry and grit unlike any other directors working today. Some might balk at certain elements of Minervini’s style, but his work is as indispensable as it is unique. 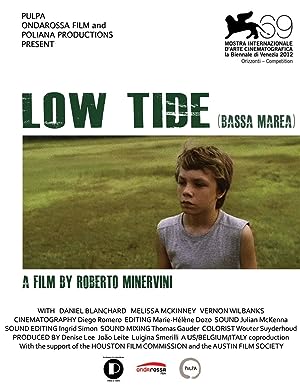