A socially inept fourteen year old experiences heartbreak for the first time when his two best friends–one an older-brother figure, the other a girl with whom he is in love– fall for each other.

This is a great, great film. Quite possibly one of the most accurate depictions of high school life I’ve ever seen. Lucas is funny, touching, and insightful. Corey Haim gives a truly winning performance as the tormented title character and makes the audience sympathetic towards him. Charlie Sheen, Kerri Green, and Winona Ryder all leave their mark in this film as his few friends and the rest of the cast works nicely. The great thing about this movie is that, although billed as a romantic comedy, it is more of a drama that explores the difficulty of being an outsider, this film doesn’t give in to teen-flick cliches, it is almost relentless in terms of causing the audience to feel sorry for Lucas and at times it’s downright scary. This film really made me think about how stupid high school social structures can be, it really is that bad for some people, in fact it’s worse. I think this film is an emotional, moral masterpiece. I hate high school, I love Lucas. If you want to see high school for what it really is…skip “Ferris Bueller” or “10 things I hate about you”, see Lucas, good stuff. 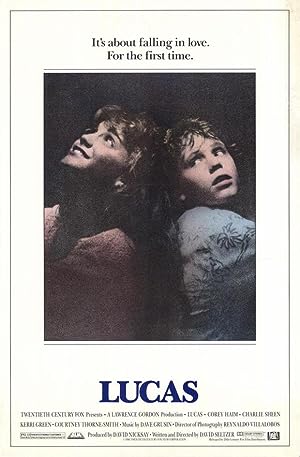 Be the first to review “Lucas 1986” Cancel reply